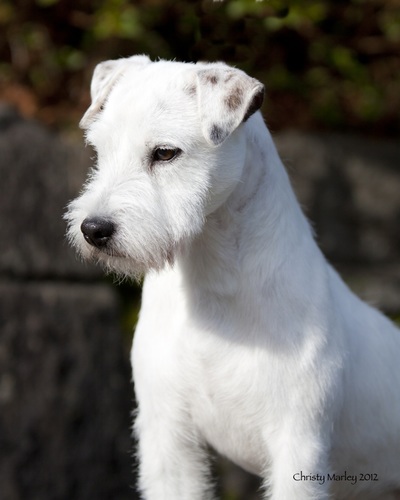 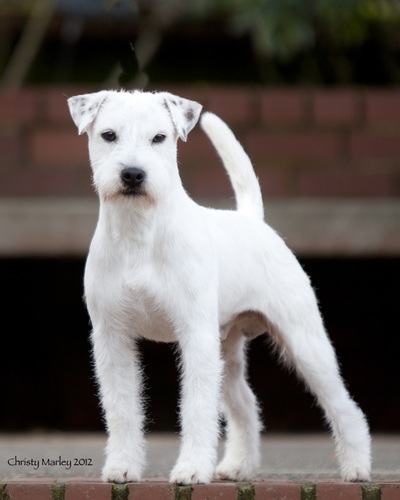 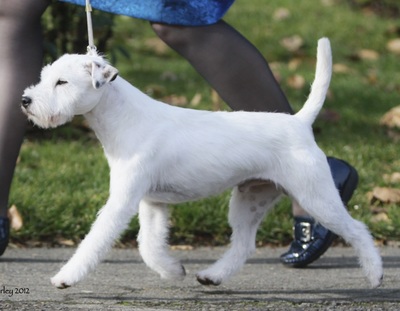 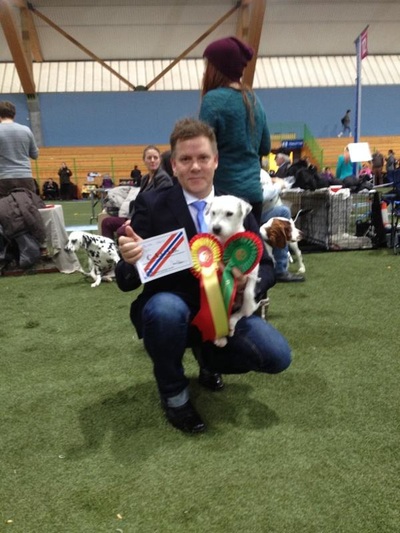 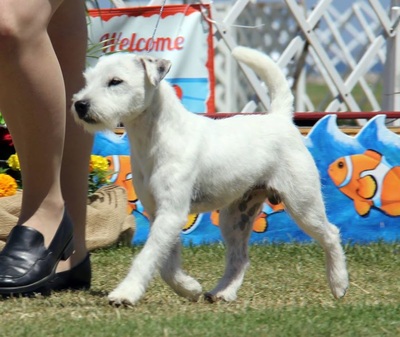 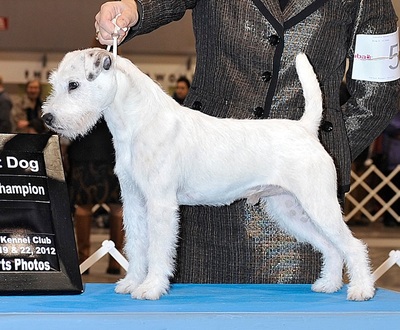 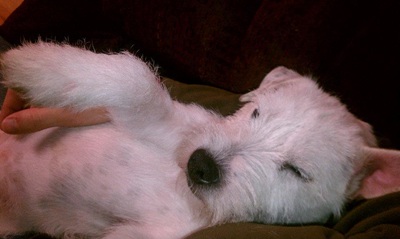 C. I.B ,NO,US,SE,FI,LT,EE UCH NORDV-14,NVV-17 River Glenn Play That Funky Music, aka Roman, is one of the most incredible terriers I have ever had the pleasure to be associated with. He is the successful breeding of the outstanding CH Falling Branch Clever Design (Desi)bred by Liz McKinney with CH Childs Play Music To My Ears bred by Kelly Meeks-Childs.Roman's pedigree is one of solid quality, properly structured terriers that exude breed type. And Roman is a true combination of the best attributes of both of his parents which is a breeder's dream!Roman is my ideal in type and structure. He is pure eye candy and is poetry in motion when he moves.  He has a beautiful, long neck that is properly tied into his body, a front assembly that is properly placed, shoulder well laid back and flowing into his withers. His chest is so easily spannable and flexible, and his bottom line stands witness to the correct shape.  And he just plain feels right in your hands--properly balanced and supple.

I am honored to be a part of "Team Roman", Roman is everything I look for in a Parson Russell from his coat, his structure, his movement, his type and the way he just fills your eye. Roman is owned by Kenneth Rodsrud in Norway and co-owned with his breeder, Melissa White. Leann McGregor beautifully handled Roman to his championship.  Roman finished his Grand Championship in style with eight majors and 31 points.   His offspring are already following in their father's footsteps.  We cannot wait to follow both Roman and his offspring's further successes!  Thank you Ken for being the perfect home for Roman to really shine to his full potential!